For those that use WordPress for iOS and have longed for a WYSIWYG editor, it has finally arrived in an update this morning. The app now brings a visual editor so you can ‘see’ what you’re creating, plus also adds new features, such as the option to edit image settings in posts. 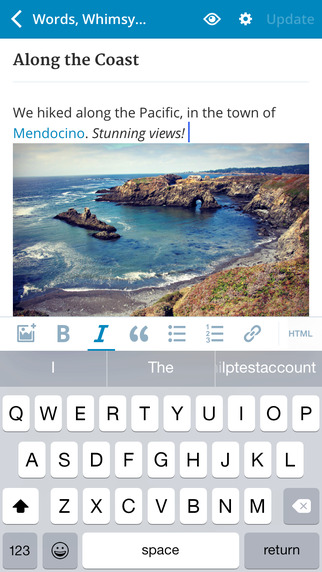 For failed image uploads, you can now retry your uploads, while new navigation helps separate site management and account settings. The WordPress iOS icon looks to have been spiffed up too (or was that from a previous update?).

What’s New in Version 4.8
• New visual editor for “what you see is what you get” content creation
• Option to edit image settings in posts and pages
• Ability to retry failed image uploads
• Updated navigation to separate site management and account settings