Wunderlist has announced today it has debuted a new calendar app, which is available within Outlook for iOS:

If you like to plan your day with Wunderlist in one hand and a calendar in the other, then our latest integration with Outlook is made just for you. Outlook brings your calendar and email together in one nifty app on your phone and tablet. 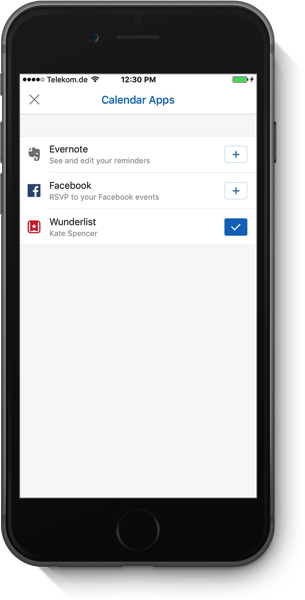 Once connected, you’ll see Wunderlist appear in the sidebar under Calendar Apps within Outlook for iOS. From the sidebar, you can select which lists you want from Wunderlist to appear: 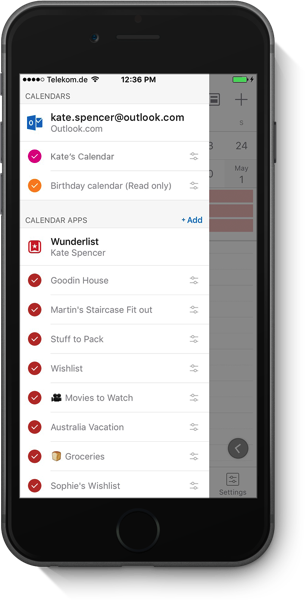 As for marking Wunderlist tasks within Outlook as ‘completed’, the company says the latter is working on integrating that feature in a “coming update”.

Earlier this month, Outlook for iOS added Wunderlist, Facebook and Evernote support. Integration between Wunderlist and Outlook has been ongoing, ever since Microsoft acquired Wunderlist last June, in a deal said to be between $100-200 million.