Wunderlist has announced their first integration for their to-do list platform: Dropbox. Users across the web, iOS and Android can now access Dropbox files by opening Detail View, then clicking on the paperclip or Dropbox icon. 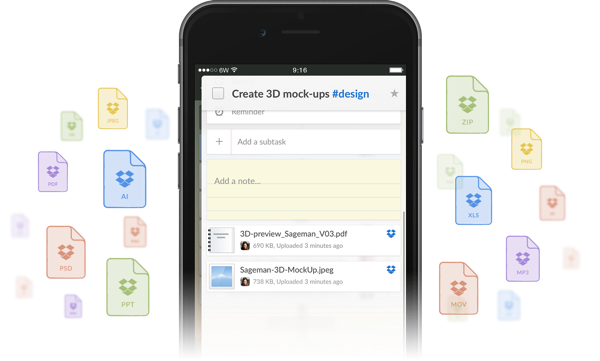 The iOS version update also now inserts your Google+ name and profile image if you sign up using that method, plus the app has been optimized for the iPhone 6 and iPhone 6 Plus.