Wunderlist for iOS Gets 1Password Support for Touch ID Sign-Ins

Wunderlist for iOS has been updated to support the new 1Password Touch ID extension for signing into the app. All you have to do is tap the 1Password icon in the email address field, unlock with Touch ID and your login will be there to easily sign into the app.

What’s New in Version 3.1.2
* Don’t like forgetting your passwords? We’ve added support for 1Password to make signing into Wunderlist easier and more secure. Once you’ve downloaded 1Password, just tap the icon when signing in.
* One of your most requested features is here in ‘beta’ form… You can now see your to-dos in iCal. Just head to the App Settings > Your Details and tap on the Calendar Feed URL. Currently the feed only syncs one way, but we’re already working on a bunch of improvements for the next update.
* Some of you were told us that signing in on your iPad caused some UI issues, so you’ll be happy to hear that everything’s been polished up to look spick and span again.
* There’s also a handful of other smaller bug fixes coming your way in this update, like improved Today widget & Add to Wunderlist support for all languages and improvements to Facebook sign in.

Here are a couple screenshots of the 1Password integration: 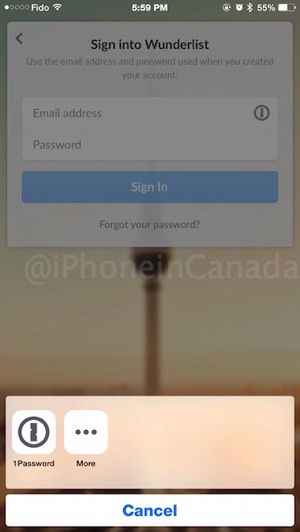 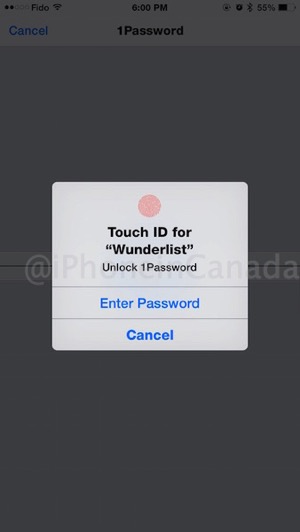 Also new is the ability to subscribe to your Wunderlist calendar feed (announced two days ago), which you can access within the app by going to Settings > Your Details > Calendar Feed (very bottom).

Click here to download Wunderlist for iOS. It’s our to-do app of choice that’s free and available on any platform.