Apple Renames its WWDC App to the Apple Developer App

The app will allow developers to “stay up to date with the latest developer news, informative videos, WWDC content, and more.” 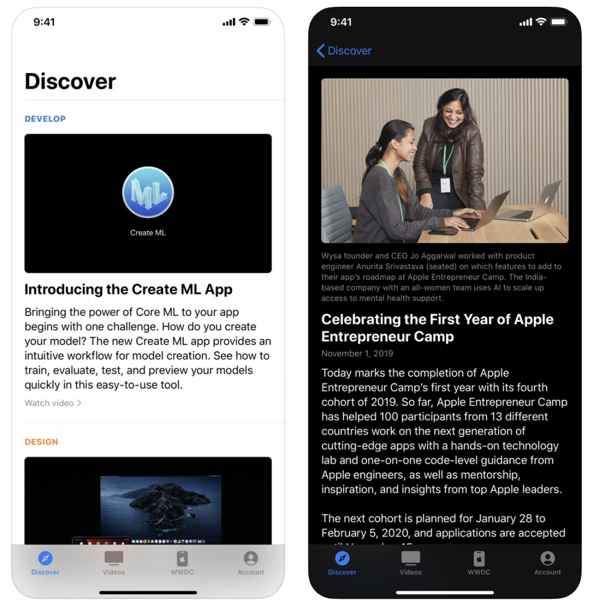 Developers paying for an annual membership will be able to use the new Apple Developer app to manage their account.

Version 8.0 of the WWDC app is now known as the Apple Developer app, which comes with a new Discover tab, an “enhanced search UI”, plus Dark Mode support for iOS 13. Apple says the app also now supports Korean, while includes other unnamed enhancements and bug fixes.