Back in August, Yahoo added live customizable filters and a bunch of professional editing tools to its Flickr Mobile app for iPhone and iPod touch. Today, another significant update to the Flickr iOS app introduces two brand new features i.e. automatic uploading from your camera roll to its servers at full resolution as well as automatic photo straightening using the Flickr editor. 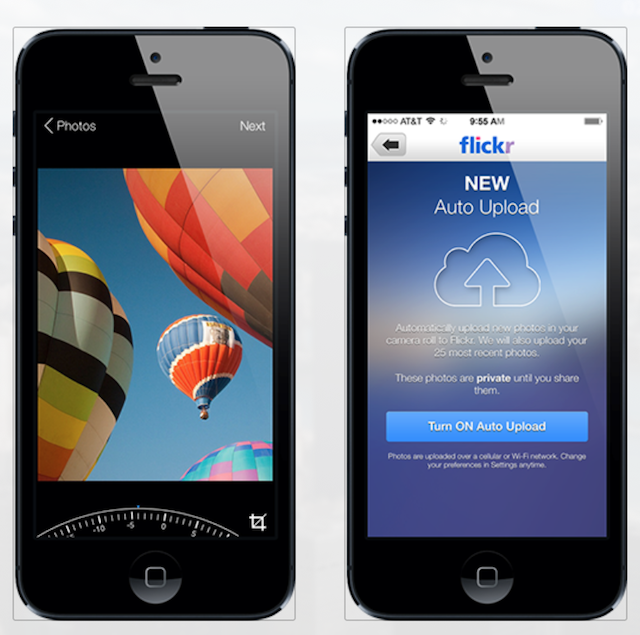 Before today’s update, users had to upload their camera roll photos to Flickr from their iPhone or iPod manually. The new Auto Upload feature for iOS 7 users allows them to automatically save their photos to Flickr, securely and privately, until they’re ready to to edit and share them. The other new feature i.e auto-straightening, makes it very easy to straighten your photos during editing.

With Auto Upload, you can always find your smartphone photos wherever you want — within the Flickr app and on Flickr.com.

Have you ever framed up  the perfect photo but got bumped as you took the shot? It can be pretty frustrating. With the tap of a button, the Flickr app will instantly straighten your picture. It’s a tool that works like magic when your photo is just a little bit off.

Today’s Flickr Mobile app update still does not bring native support for iPad. You can grab the free update for iPhone/iPod touch at the following App Store link: