The Yahoo iOS app was updated yesterday to bring “Content Support for International markets,” which also includes support for Canada, as detailed on the company’s Tumblr page.

Yahoo makes it easier to discover the news and information you care about most, and we’ve been hard at work making sure our experience is available wherever you are. Today we’re psyched to launch our Yahoo app for iPhone, iPod Touch and iPad in Canada. 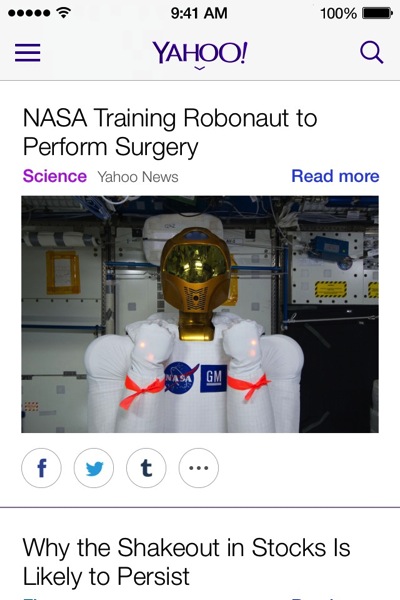 The app didn’t exactly deliver any localized Canadian content when we quickly opened it, as users might have to sign in to see what’s happening around them.

The app acts as a starting point for those entrenched Yahoo users as they have quick access links to jump to the company’s other iOS apps such as Mail, Yahoo Sports, Yahoo Weather, Flickr and more.