Canadian Yellow Pages for iOS has received a minor but significant update to integrate Google Maps for directions for your search results, adding an option other than Apple Maps. Also new are improved search suggestions, making for a faster experience when looking for places. 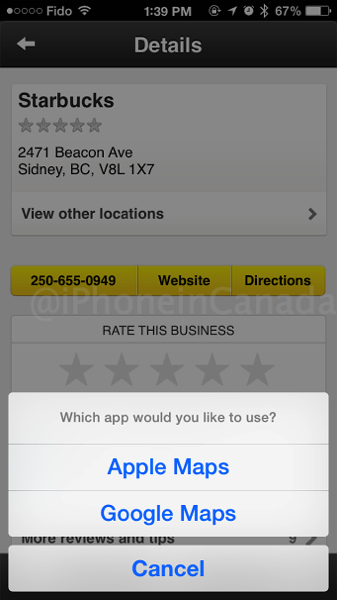 Click here to download the Canadian Yellow Pages iOS app—it’s free. Now, excuse me while I go recycle those telephone books that were dropped off last week.