Yelp is one of the premier destinations to find out the ratings of businesses in your area and today the iOS app has been updated to allow users to add 3-12 second video clips to reviews.

This means if you see something cool (or horrible) in a restaurant or business, it can show up on Yelp. I can imagine this feature will mean more video selfies with delicious food and also hidden camera recordings of horrible service or curly hairs found in food…

What’s New in Version 8.1.0
They say a picture is worth 1,000 words, well now on iPhone you can take 3-12 second videos of your experiences at your favorite local businesses. So that’s worth like… 30 frames per second multiplied by video length… (pulls out calculator)… between 90 and 360 thousand words! Whoa.

Along with this new feature we also also added some polish to our app and fixed a bunch of bugs. Enjoy!

As you can see from the update below, the camera upload icon now reads ‘or Video’ as well, which then lets you take a clip either from the front or rear lens on your iOS device: 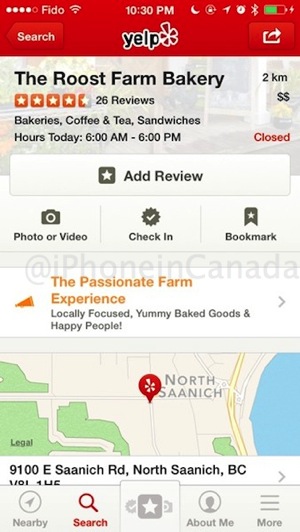 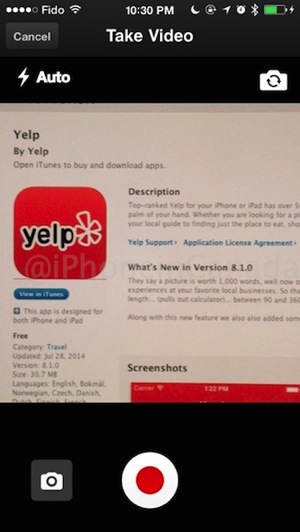