YouMail is a free voicemail service that now supports Canadian carriers Telus, Rogers and Bell, as part of its upcoming Canadian launch. The company has started to send out emails to testers to try out their service before it goes live.

What is YouMail? Essentially it a super powered version of your voicemail to allow you to access it from your anywhere such as your computer, tablet, email, and iPhone. You can also setup custom greetings for callers and also block certain callers from leaving voicemail, such as telemarketers or crazy people. There is a Visual Caller ID feature to see faces, names, and location of callers not in your address book, plus the ability to easily share your voicemails on social networks. 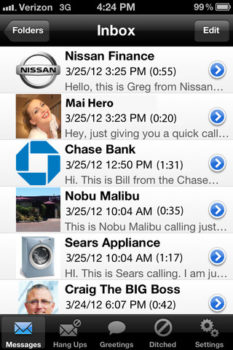 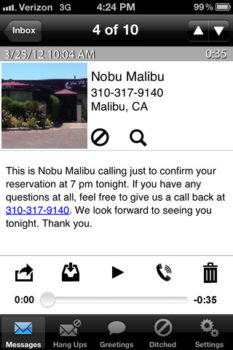 Canadian testers received a special access number to get YouMail activated on Canada’s ‘Big 3’ carriers, which require your account to have the Call Forwarding No Answer (known as No Answer Transfer on Bell) feature enabled. Here’s an picture of an email many have received today: 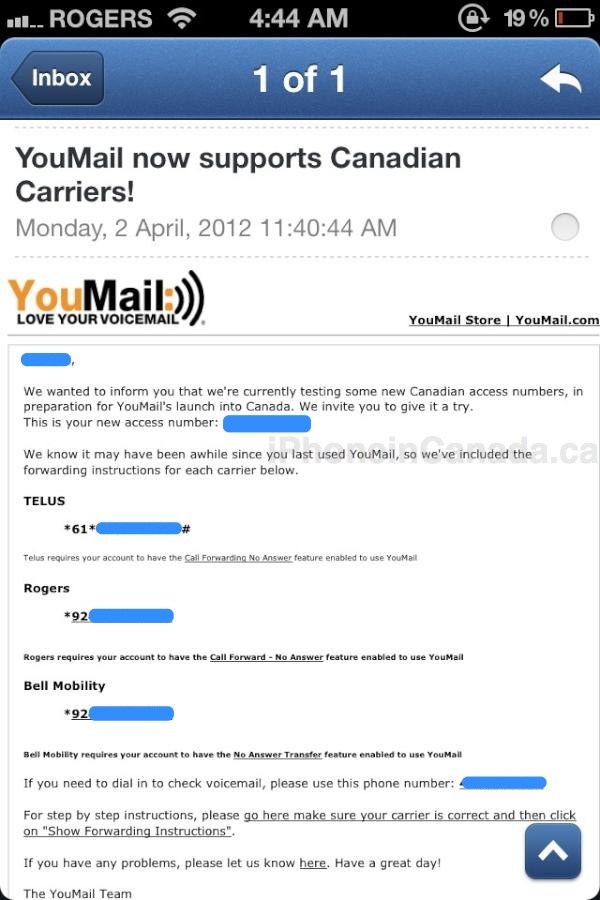 Did you get a tester email? Let us know how you like YouMail. There’s no word on when the official Canadian launch will come, but it should be soon.