Google pushed out a neat YouTube update for iOS users: Now the app features a “send to TV” functionality, which enables the app to send video out on an automatic connection to a television set that supports the open protocol. 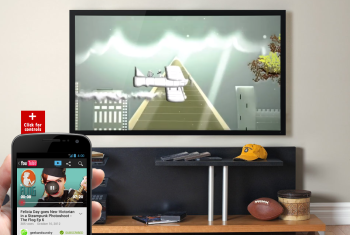 With this update, iOS users can also send YouTube videos to Xbox and PS3 consoles, but only after they manually pair them.

The updated YouTube app also brings improvements for streaming video over slow Wi-Fi connections. But more interesting is the app’s ability to support image recording and uploads by integrating with the YouTube Capture.

With these fresh updates on board, you can finally use the iPhone and iPad to pick up and choose the video you’d like to see on the TV’s screen, as the YouTube iOS app becomes a remote for discovering and playing back videos.