YouTube for iOS Gets iPhone 6 Screen Support, Plus Other Tweaks

YouTube junkies using the iPhone 6 and iPhone 6 Plus can now rest at ease as the iOS app has been updated to support the higher resolution screens of Apple’s latest smartphones.

A few other app tweaks are listed in the update description below: 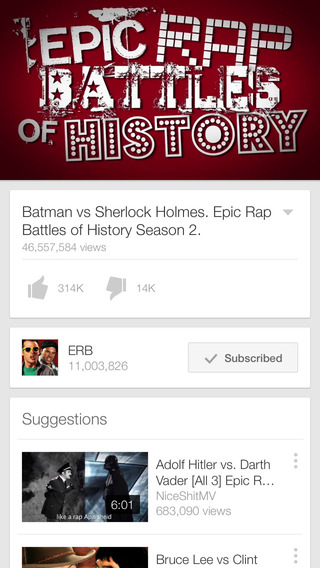 Google continues to update their major iOS apps for the iPhone 6 models, as we recently saw Gmail get an update as well.