YouTube Links Now Should Open in App Instead of Your Browser

YouTube for iOS has gained a small but significant addition, and that’s now launching video links in the app instead of mobile browser, “for a better viewing experience”, taking advantage of deep linking in iOS.

Embedded YouTube videos still play in your browser, but with this update, a YouTube link will launch the iOS app if it’s installed on your device. If you don’t want to jump to the YouTube iOS app, users can stay in their mobile browser by tapping the “youtube.com >” arrow at the top right. 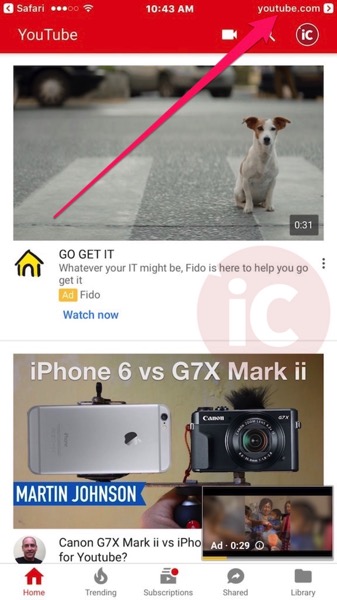 The app gained a recent addition of being able to fast forward or rewind by double tapping either side in full screen.

As for other changes today, YouTube says they have removed the prompt when discarding an empty comment.

Yesterday, YouTube announced they had reached a milestone of 1 billion hours watched every single day by its users, on pace to overtake TV (at 1.25 billion per day, according to Nielsen) as the most watched platform in the United States, according to the WSJ. The site sees about 400 hours of video uploaded every minute, or about 65 years of footage every day.