Free streaming music services are highly sought after by iPhone and iPod users. Services like Spotify are gaining popularity, but are not completely free. You can find tons and tons of free streaming music right on YouTube, but you have to watch the video that goes with it. This can eat up you battery life and your data plan. A relatively new app called YouTunes Live wants to change that.

YouTunes Live was created by a couple of Canadian teens, from Winnipeg, Manitoba. The developers, Sonny and Aaron, saw a desire for folks to listen to YouTube music on their iPhones, in the background. “It was just too frustrating on the iPhone.” Sonny says, when asked about listening to YouTube on the iPhone. “Our focus was on simplicity. We designed the app to be as simple as possible.“. The app has a nice clean UI, and is simple to use. So far, almost 500,000 videos have been streamed since the launch of YouTunes Live in mid-April.

YouTunes Live allows you to stream just the audio from any video on YouTube. Most folks will use this to stream music, but it can be used to stream the audio from podcasts, how tos, or whatever you look up on YouTube. Basically, you search for the videos you want, add them to your playlist, then play them back from the built in audio player. You can play your selections in order or on shuffle. You can close the app, go to the lock screen, put your iPhone in your pocket, and still listen to all the free music you want. 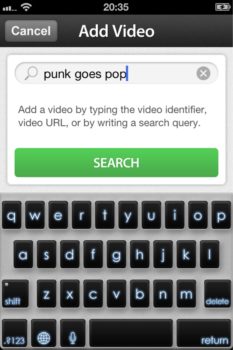 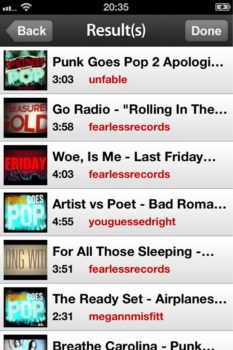 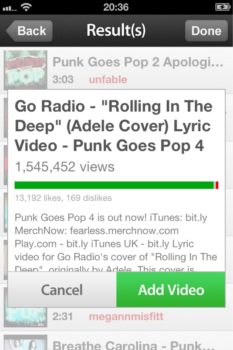 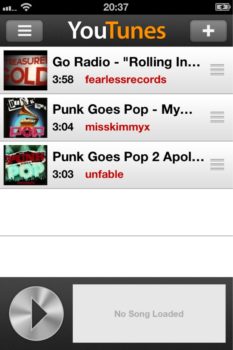 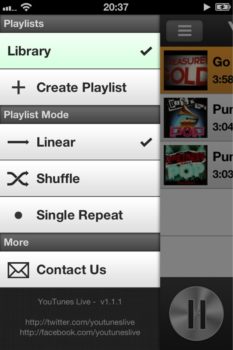 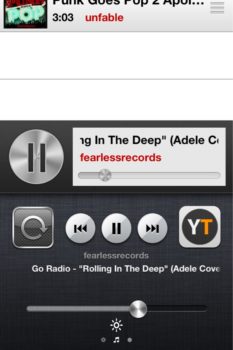 This is a really awesome way to listen to free music from YouTube. It takes some setting up, to get your playlist full of your favourites, but once it is set up, it plays just like the native music app. You can even play and pause using the music controls in the app switcher and on the lock screen. One thing to take note of, is that it does use data to stream this audio, so if you’re not on WiFi, be aware that this will eat away at your data plan.

YouTunes Live works on iPhone, iPod Touch, and iPad, requires iOS 4 or higher, and is available in the App Store now, for free. Let us know what you think.