Zynga and California developer A Bit Lucky, which the former acquired back in fall of 2012, have launched the action fighting game Solstice Arena first in Canada and New Zealand. If you’re into Multiplayer Online Battle Arena (MOBA) games this might be for you as Canucks get an exclusive first chance to play the game.

Early reviews in iTunes compare it to League of Legends and say it’s a decent game, based on a freemium model where users can make in-app purchases for various items, with the top item being the ‘Soldier’s Pack’ for $12.99.

The Solstice has arrived!
Enter the Solstice Arena™, a fast-paced, real-time action fighting game that is available anywhere you go.

Experience epic battles in the world’s first Speed MOBA (Multiplayer Online Battle Arena)!
Form alliances and fight together in 3 vs. 3 combat.
Hone your skills as you battle alongside friends, taking on players from around the world (PvP mode) or facing challenging bots (co-op or single-player mode). 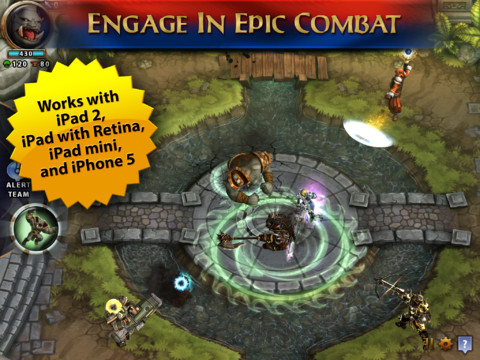 Solstice Arena is a free universal download in the App Store. Let us know what you think of this game!