Alongside Apple’s new media device called the iPad, the company also released a new multi-touch version of iWork that works specifically with the iPad. The new iWork includes all new versions of Keynote, Pages, Numbers.

Using your fingers, slides can be dragged and dropped around in the multi-touch version of Keynote, easily allowing users to create new presentations. Keynote also runs in landscape because the slides are in landscape.

Users can also resize and move elements by tapping and dragging, similar to how users would use a mouse by clicking and dragging. Moving and picking up individual or multiple slides also works in a similar fashion as users can hold one slide and tap other slides to select them.

Animations and transactions reveal themselves in a list form, where users can tap and choose any of the pre-generated tools. Moving through slides is done by tapping or sliding a finger. 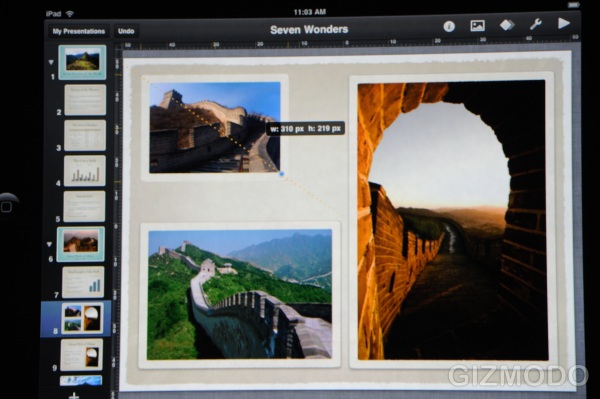 Scrolling through text is done by flicking and when users tap on text, the keyboard automatically pops up, mimicking behavior from the iPhone/iPod Touch. Pages also runs in either landscape or portrait to make typing easier. 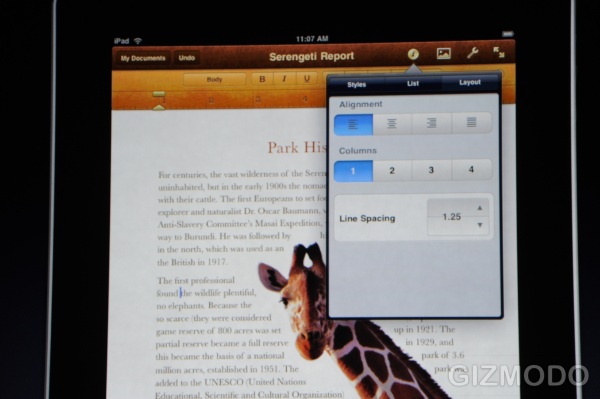 
Numbers allows users to use one document to hold many spreadsheets using tabs. Modifying and changing columns is done by tapping and dragging and the virtual keyboard allows users dynamic input, such as a time and date keyboard. 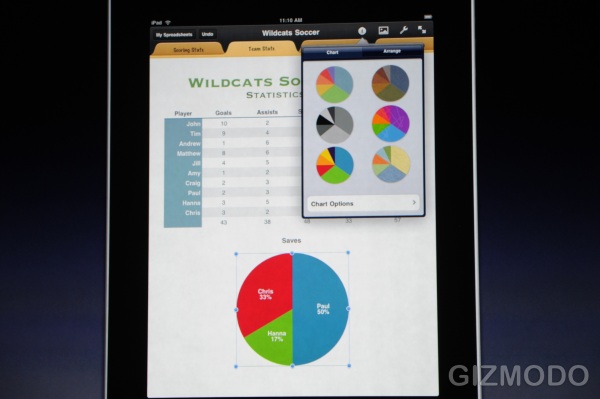 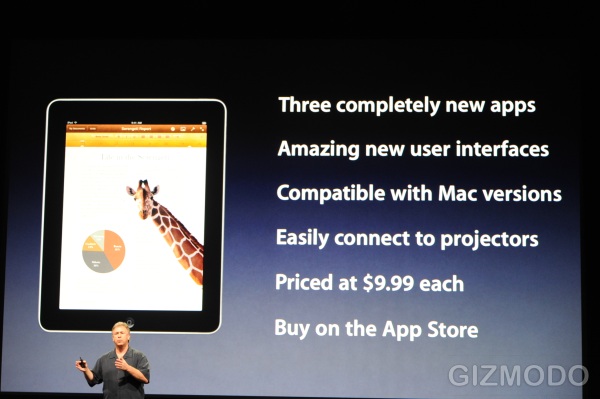