Today Apple released a minor update to the latest iTunes 10. The new iTunes is now version 10.1.1 and is available on a PC/Mac via Apple Software Update or from Apple’s website.

The new iTunes 10.1.1 update primarily brings bug fixes with no other major feature upgrades or enhancements. 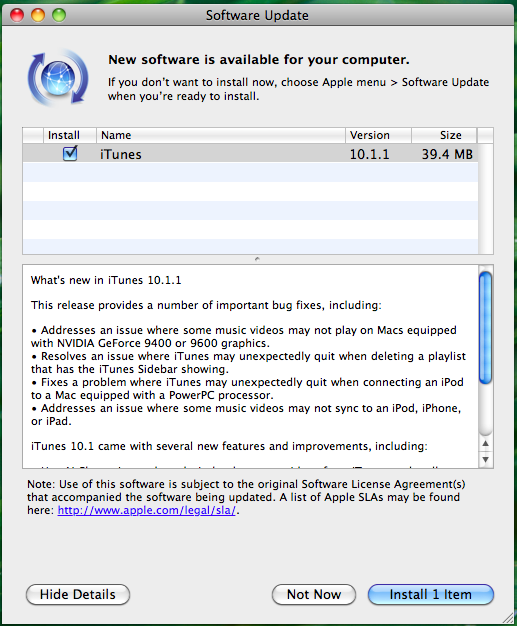