Apple has just pushed iTunes 10.7 with support for iOS 6.0, ahead of a completely re-designed iTunes desktop app scheduled for October release. All Mac and Windows users can grab the update from Apple’s official website that weighs 157.33 MB for OS X, 74.91 MB for Windows 32-bit and 76.79 MB for Windows 64-bit.

iTunes 10.7 update has not introduced any new features but has only brought support for existing devices to be upgraded to iOS 6 in addition to supporting the newly announced iPhone 5 and updated iPod touch and iPod nano.

Apple demoed in yesterday’s keynote that it will debut a faster and simpler iTunes with a redesigned user interface at the end of October. It will also feature built in iCloud features, Facebook integration, a new version of the iTunes mini player and much more. 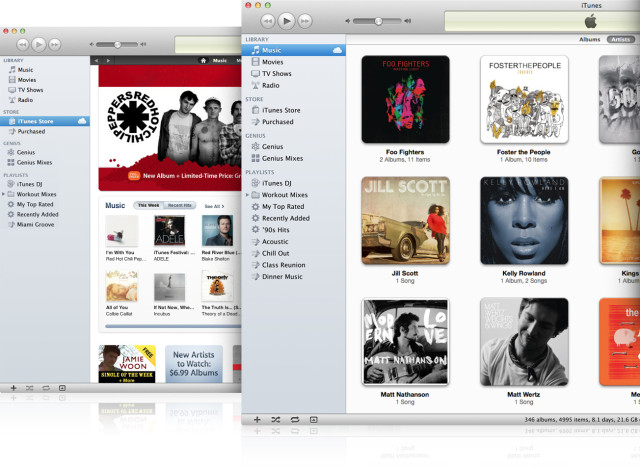