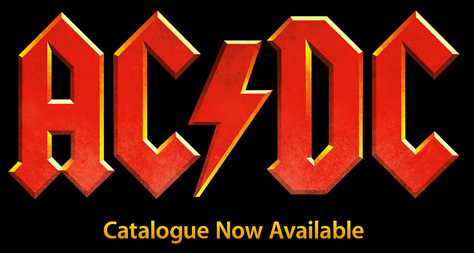 Apple announced this morning AC/DC has made it onto iTunes. This is the first time their entire catalog has been made available digitally online and it’s exclusive to iTunes:

NEW YORK and CUPERTINO, California—November 19, 2012—Columbia Records and Apple® today announced that AC/DC’s entire catalog is now available digitally for the first time exclusively on the iTunes Store® worldwide (www.itunes.com). From their 1976 debut High Voltage to seminal classic Back In Black and 2008 smash hit Black Ice, every one of AC/DC’s 16 studio albums, along with four live albums and three compilation albums, are available for the first time ever on the iTunes Store. All tracks are Mastered for iTunes®, and fans have the ability to download full albums or simply purchase their favorite individual songs. Fans can also choose from two specially packaged digital compilations: The Complete Collection, the complete iTunes-exclusive AC/DC catalog; and The Collection, which includes all 16 studio albums.

The full catalog which has all been Mastered for iTunes includes collections, 16 studio albums, 4 live albums, and 3 compilation albums. AC/DC was seen as one of the last hold-outs from releasing their music digitally. The Beatles made it onto iTunes almost exactly two years ago.

Anyone thunderstruck by this announcement?

As part of its continuing production diversification initiative, Apple has ordered for a portion of its AirPods and Beats headphones to be manufactured in India. Apple has begun to double down on manufacturing its devices in India. As a way to lower its dependence on China, Apple has made an order to its suppliers to...
Steve Vegvari
6 hours ago