‘Alto’s Odyssey: The Lost City’ from Snowman is Coming to Apple Arcade “Soon” 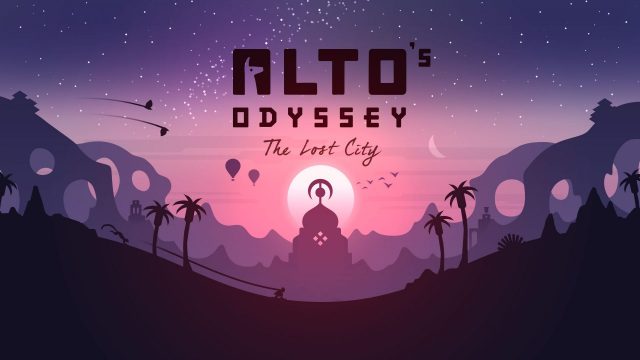 Toronto-based studio Snowman has announced that its latest game Alto’s Odyssey: The Lost City will be releasing on Apple Arcade “soon”.

Alto’s Odyssey: The Lost City is not quite a new entry to Snowman’s Alto series. It would appear as though The Lost City is an expansion of sorts to 2018’s Alto’s Odyssey. The game is said to offer players new discoveries as well as innovate off the endless sandboarding gameplay Snowman has used in the series since 2016’s Alto’s Adventure.

There’s more to this Odyssey than meets the eye. Whether you’re a new or seasoned explorer, join Alto & friends as they venture deeper into the endless desert to uncover its best-kept secret! Alto’s Odyssey: The Lost City, coming soon to @AppleArcade. https://t.co/UmkFprMnTw pic.twitter.com/NxRghQlbQJ

Alto’s Odyssey: The Lost City, when released, will become a part of Apple Arcade. Snowman states that the game will span multiple biomes including dunes, canyons, temples, and of course, The Lost City. The game will feature six playable characters as well as a Photo Mode.

Apple Arcade is available for $5.99 CAD per month.

Apple is expected to launch its first foldable iPad next year. According to TF International Securities' Apple analyst Ming-Chi Kuo, the device is said to feature a carbon fibre kickstand, ensuring a lightweight design. In a series of Tweets, Kuo claims that Apple may not launch a new iPad design in the next nine months...
Steve Vegvari
23 hours ago