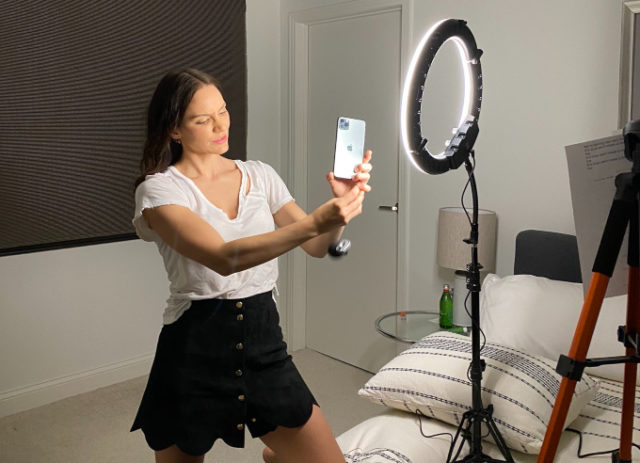 The outbreak of COVID-19 has thrown a wrench in a lot of film and television productions. With stay-at-home orders in place, some have had to get a bit creative in order to continue. ABC’s American Idol, for instance, will be using iPhone 11 Pro’s to shoot the last few episodes of the 18th season.

According to a report from TechCrunch, ABC’s producers will be sending a production package to each on the contestants and judges. In order to wrap up the final episodes of the season, the production team will assist in setting up iPhone 11 Pros, tripods, and ring light. The team will also assist in editing from home as well.

Suffice to say, Apple was pleased to be a part of the production. The company made a statement regarding its part:

“We know that people are relying on their favorite shows while staying at home, and we are happy to be a part of that process with the team at American Idol. iPhone offers a unique solution to deliver broadcast quality video, in the palm of your hand, while keeping production staff and on-air talent safe and in their homes.”

While the imminent production of a lot of shows and movies appear uncertain, it’s been refreshing to see the industry rebound and embark on creative endeavours to provide entertainment to the masses.