Analysts have bad news for investors: Don’t get your hopes up too high as far as Apple is concerned for the next two quarters, because the reality looks somewhat different. It isn’t looking rosy for the Cupertino company, but we will likely see a mystery product launch (and iPad, iPhone line refresh) that will change the game.

Piper Jaffray analyst Gene Munster aims to lower investor expectations — not that the 30%+ stock price drop hasn’t already — and highlighted how Apple will perform in the upcoming quarterly reports.

According to Munster, Apple will report about $41.4 revenue driven by 35.5 million iPhone sales and 3.8 million Mac sales. His estimates are much lower than Wall Street’s, which aims high for Apple — maybe this is why Apple always misses the WS forecast — and he also puts the gross margin at 38% compared to the Street’s 39% to 40%.

The next quarter from Munster’s perspective looks even narrower: $36–$38 billion in revenue, compared to the Street’s $40.2 billion.

Alongside the bad news, Munster also points to a light at the end of the tunnel: The second half of 2013 will bring the anticipated change, as Apple will update its iPhone and iPad lines, and potentially launch a mystery gadget such as a smart watch . . . or a TV. 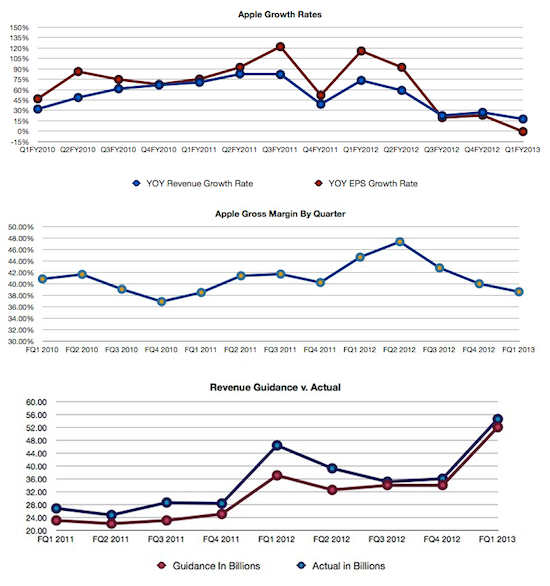 “We believe the risk reward to owning shares of AAPL is favorable given the back half of the year will likely have several product announcements that should reaccelerate earnings growth from a negative 14% in the first half of 2013 to a positive 15% in the back half. While we believe that current Street numbers are too high for March and June, we view the risk around the quarter and guide as small as the March report and June guide will likely mark the turning point as investors look to the back half opportunity with new product launches. We reiterate our Overweight and $767 price target,” he concludes.

The Apple TV+ original series Shrinking is now available to stream in Canada. Jason Segel and Harrison Ford star in a comedic drama series centred around a therapist that decided to approach his role in a new way by taking the filter off and giving unbridled honesty and advice. Shrinking stars Segel as James Lair,...
Steve Vegvari
19 hours ago