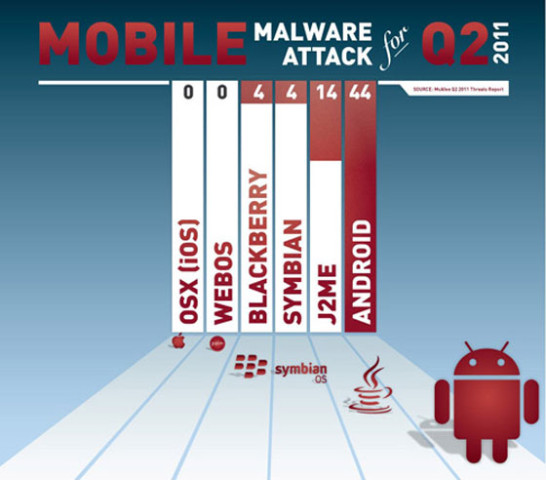 Speaking at a question-and-answer session at the Gartner Symposium/Itxpo, Google executive chairman, Eric Schmidt, stated that iOS is less secure than Android (via ZDNET).

Gartner analyst David Willis, who is chief of research for mobility and communications and who runs Gartner’s Senior Research Board, said to Schmidt: “If you polled many people in this audience they would say Google Android is not their principal platform […] When you say Android, people say, wait a minute, Android is not secure.”

Of course, everyone present at the session fell off their chairs laughing when Eric Schmidt dropped the “bomb”. But seriously: I’m sure Schmidt knows something we don’t, and for this reason he thinks all security reports raising the red flag over Android malware are crap. And even the US government has issued a warning to its workers. But anyways . . .

Turns out his knowledge about Android security is so secret that he couldn’t share it with the audience; he couldn’t give a straight answer; why is Android more secure than the iPhone? Instead, he kept on talking about the growing number of Android users, which is over a billion now, and that the platform goes through rigorous real-world security testing.

Another interesting claim shot down by Eric Schmidt is that Android is not fragmented: “With Android, we have an agreement for vendors that you keep the Android stores compatible, and that is a great breakthrough for Android”, he said.

So, in the end Eric Schmidt made the audience’s day, and that of the host’s as well: his answers made them chuckle, again and again.