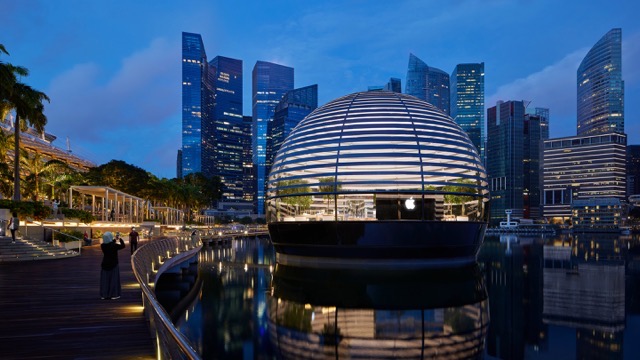 Apple is celebrating 40 years of strong operations in Singapore today. The company first established its offices in 1981 and to mark the milestone, CEO Tim Cook looked back on his early days at the company and the role Singapore played.

Tim Cook joined the hosts of local radio station Mediacorp CLASS 95 for an exclusive virtual interview to discuss the 40-year occasion. During the interview, Cook discusses one of his first primary jobs when joining the company. Early on in his career with Apple, Cook made the trip to Singapore to confirm the production lines of the first translucent Mac, which was being manufactured in the country.

Apple has had a fairly strong presence in the country since 1981. The Cupertino company has invested in the Singapore app economy and has been an intregal part of the country adopting Swift as a part of the student curriculum. Primary schools now teach students a minimum of 10 hours of coding.

Since 2017, Apple has been working on ensuring its operations in Singapore are being done through renewable energy. This endeavour also extends to working alongside the Singapore government on renewable energy projects, such as solar panels, which have been placed on more than 800 buildings. Apple Stores in Singapore, such as the Apple Marina Bay Sands, which opened its door in September 2020, run on 100 percent renewable energy.

In addition to speaking about Singapore, Cook also revealed the first Apple product he owned. During his time at Auburn University, Cook used the Apple II.