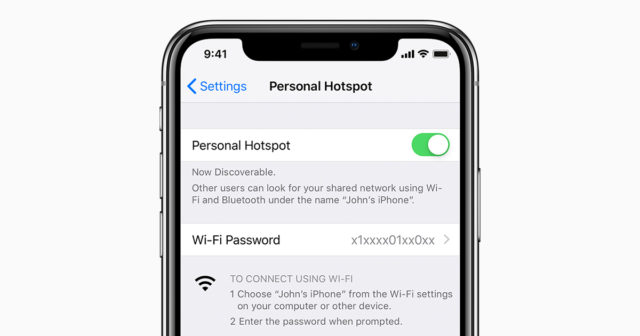 Apple has reportedly acknowledged that users have been experiencing Personal Hotspot issues while using iOS 13 and iPadOS 13 devices.

According to MacRumours, Apple has sent an internal document to Apple Authorized Service Providers, acknowledging that a number of users have experienced hiccups while connecting to their personal hotpots via their devices.

The document in question notes that service providers should expect customers attempting to reach out and inquire about connectivity. One widely known issue revolves around frequent disconnections of the Personal Hotspot. As noted by MacRumors, a fraction of users have been facing troubling connections since iOS 13.1.2.

Apple has urged service providers approached by users experiencing issues to advise them to toggle the Personal Hotspot button off and then back on again. The current workaround may sound cliche, but there must be some credence in doing so.

Now that Apple has acknowledged the issue, the Personal Hotspot troubles may be a point of focus in a future iOS and iPadOS update. However, there are currently no working plans to note at this point. Apple has also recommended that customers continue to install the latest software updates.