According to Patently Apple, the US Patent and Trademark’s database has been updated to show that the registered trademark status for “AuthenTec” and “KeepSafe” have been assigned to Apple. The report notes that Apple acquired AuthenTec in July last year and is expected to use their fingerprint technology in iOS devices in near future. AuthenTec’s registered trademark KeepSafe has also been transferred to Apple. 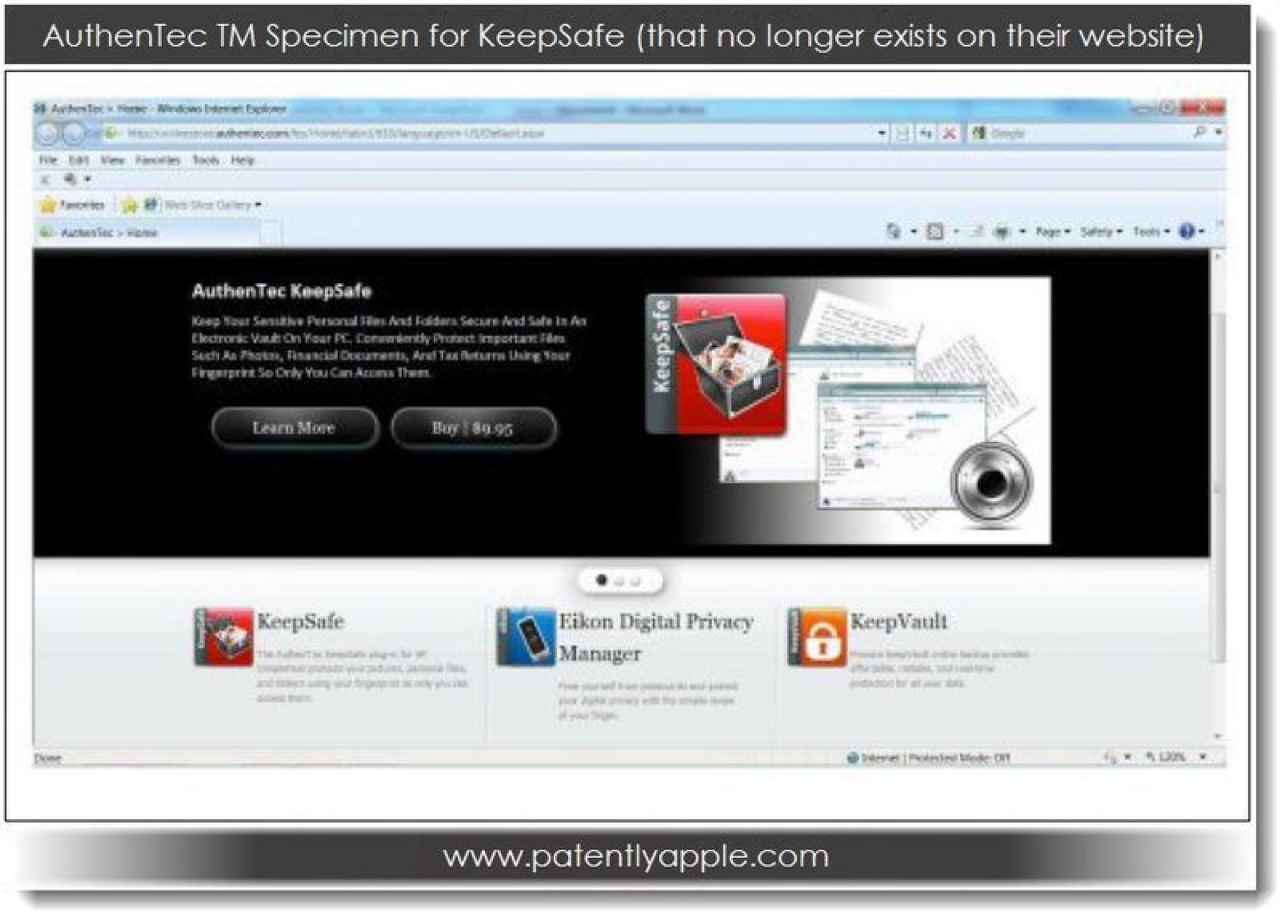 This particular registered trademark is associated with biometrics or fingerprint technology and was also adopted by HP for notebook based fingerprint scanning.