Apple Australia was hit with a $28.5 million bill for back taxes, the Sydney Morning Herald reported this morning. 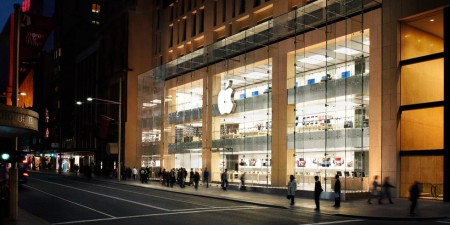 The news comes after European governments had taken global tech under their loop over their complex ownership structures that explore tax havens.

Apple’s Australian arm reaped $4.9 billion in revenue last year through the sale of its computers, iPads and iPhones. The bill takes its total tax tab for the year ending September 24, 2011, to $94.7 million.

According to company documents filed with Australian, European and Asian authorities, the Australian arms of Apple, Google and eBay are part of complex networks of subsidiaries, held by their US parents through intermediary companies located in tax havens.

As 9to5mac reminds us, The New York Times had a lengthy article about how Apple used tax havens such as Nevada, Ireland and Luxembourg to save the company from taxes both in the US and Europe, although it forgets to mention George Schmit, Executive Director, Luxembourg Trade and Investment Office’s reply.

Apple is in some hot water once more as a federal lawsuit regarding its AirTags has been issued in San Fransisco court. Two women filed to sue the company, with one alleging that an AirTag was used by an ex-boyfriend to stalk them. The lawsuit was filed this week and largely criticizes Apple's safety protocols...
Steve Vegvari
11 hours ago