Cupertino is reportedly experiencing a flurry of economic activity, with increased commercial rental rates and a surge in building activity, as Apple moves closer to breaking ground on its new campus, reports The Wall Street Journal. 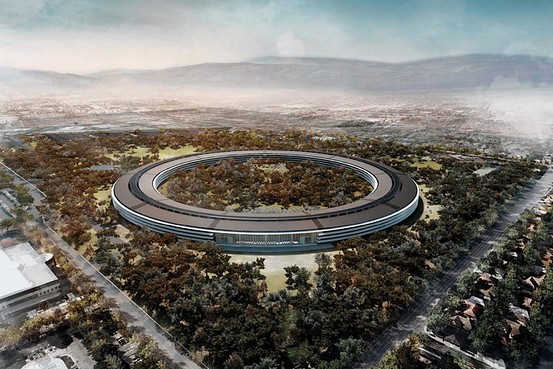 The Apple Campus 2 project, which will be Apple’s new headquarters, was first pitched to the Cupertino City Council personally by the late Steve Jobs last June, whose latest revision was submitted back in March. With construction expected to begin next year, commercial rents and building activity have surged in the city of Cupertino, which has a population of around 60,000, ever since Apple unveiled plans for its futuristic building.

Cupertino’s office rental rates have jumped about 40% in the past year, according to commercial real-estate firm Colliers International. The average asking rate for office rentals was $3.75 per square foot in the third quarter, compared with $2.69 during the same time a year ago. In Santa Clara County as a whole, rents rose about 9% during the same period to $2.79 per square foot.

“Apple, as one of the most successful headquarters tenants, is helping economic growth in the area,” says Katherine Roxborough, a vice president at Colliers.

Apple Campus 2 will be built on 175 acres about a mile east of the company’s current headquarters at 1 Infinite Loop off Highway 280. The 2.8 million-square-foot structure will accommodate up to 12,000 employees and include a 1,000-seat auditorium, a fitness center, a research facility and underground parking.

An Alaskan snowmobiler who found himself in need of assistance is the first reported person to utilize Apple's Emergency SOS via Satellite service. According to Alaska State Troopers (via 9to5Mac), an adult male travelling from Noorvik to Kotzebue on a snowmobile activated the Emergency SOS via Satellite service on his iPhone. On December 1st, at...
Steve Vegvari
18 hours ago

The operating system (OS) for Apple's long-rumoured mixed reality headset is now reported to be dubbed "xrOS." This naming convention comes following reports that Apple was naming its AR/VR headset OS "RealityOS." In a report from Bloomberg, Apple's new naming convention appears to have come out of nowhere. However, the report goes on to state...
Steve Vegvari
19 hours ago