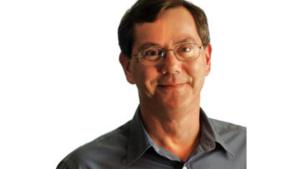 
“I’m still not to the point where I walk into that board room and don’t miss Steve. He was a one of a kind guy… The Steve Jobs that was in the public eye was not, for the most part, the Steve Jobs that I knew,” Levinson said.

During the conversation, Levinson reiterated that a company’s short-term earnings, such as those Apple reported recently, mean very little. The “phenomenal” performance left many Apple investors disappointed, triggering a drop in Apple stock to below the $500 mark. But Levinson is confident about the company’s long-term pursuits. “There [are] long-term signs of how a company is doing and whether or not Apple sells 47 or 48 million iPhones — let somebody else worry about that,” he said.

Another reason for investors to worry regarding Jobs’s passing was the Maps application criticism the company faced, which lead to a public apology letter signed by Tim Cook, Levinson highlighted, also emphasizing that Apple is indeed changing in the post-Jobs era.

Also, from Levinson’s words we understand that new products are presented to the board between six and eighteen months before launch. An interesting piece of information is that the board’s input is taken into account only if the products are presented early enough, and those on the board with expertise in certain product areas may have more influence, as individual product reviews are not the board’s top priority, but rather long-term direction and planning.

“The board is not there to define product specs,” said Levinson. “It’s there as a sounding board. It’s there as a resource. And ultimately, the board is there to hire and fire the CEO.” If it’s a good board, which Levinson said many companies are without, then it won’t get in the way of the CEO and executive team