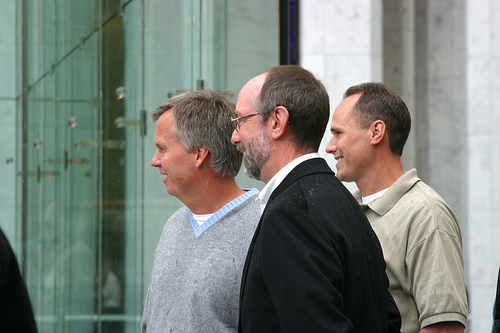 Apple has confirmed its Retail VP Jerry McDougal has resigned, according to AllThingsD. Earlier this afternoon, ifoAppleStore broke the news McDougal had quit to spend more time with his family. His replacement will be the former VP of Finance, Jim Bean. Apple spokesman Steve Dowling noted the following:

“Retail has an incredibly strong network of leaders at the store and regional level, and they will continue the excellent work they’ve done over the past decade to revolutionize retailing with unique, innovative services and a focus on the customer that is second to none,”

“Jim Bean is moving to Retail to help support our store teams. Jim has been at Apple for 15 years and is a great leader who understands our culture and focus on customer service.”

McDougal was a hire by former Senior VP of Retail, Ron Johnson in 2000 and was “responsible for retail marketing, product merchandising, store operations, loss prevention and customer loyalty programs” according to ifoAppleStore. McDougal’s Linkedin page has not been updated yet to reflect this change, as it still notes his current employer as Apple.

Earlier this year, Apple announced the firing of John Browett, the former VP of Retail that replaced Johnson, just nine months after he was hired.