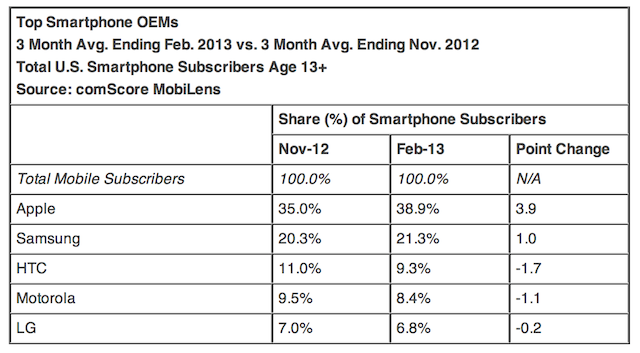 In the platform space, Android is still dominating but iOS is gaining steadily. Android has dropped for the second month in a row while Microsoft has managed to gain share for the first time. According the the analysis, Google lost 2.0% points between November and February while Apple has increased its share by 3.9 percentage points.