Secure enterprise mobility leader Good Technology, has today released its Q4 2012 Device Activation Report, which suggests that Apple still dominates the enterprise, with iOS platform activations growing by 8.5% year-over-year, from 71% in Q4 of 2011 to 77% in Q4 2012. Furthermore, the iPhone 5 was the most popular device in Q4 of 2012, representing 32% of all corporate activations for the quarter. 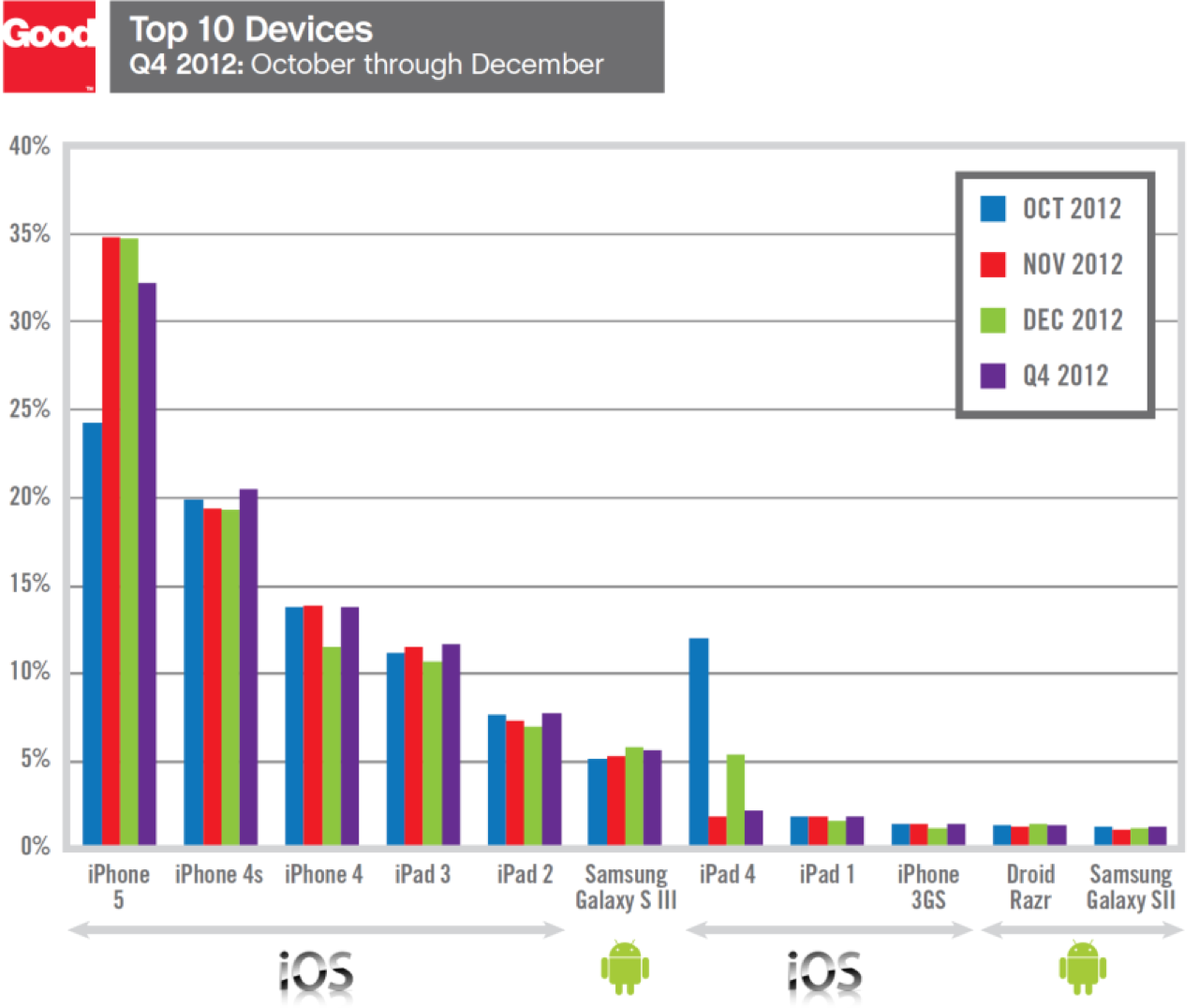 The report details smartphone and tablet devices activated amongst Good’s enterprise customers, which include half of the FORTUNE 100. The latest numbers reflects a clear preference for iOS devices, which accounted for 77% of all activations and captured eight of the top ten spots on the most popular device list this quarter. While Android activations dropped 6.3% as compared to Q4 2011, they still accounted for 22.7 percent of all activations for the quarter.

“CIOs today are able to realize increased productivity by supporting a diverse set of mobile products, while retaining security and control, and still provide their employee consumers with product choice. We continue to see more enterprise customers extending the accessibility of mobile applications to a broader employee population within their organizations.”

You can view the full report in PDF here.