Apple Executives: HDTV Is Extremely Unlikely In The Near Future

We’ve withstood rumors of Apple releasing an HDTV for over a year, yet we haven’t seen any legitimate leaked components. Even with lack of proof, Jefferies Analyst Peter Misek noted Apple’s HDTV was in full production already last week. Many analysts have high predictions for this product, mainly sticking with a 2013 release point, but even I think that’s too early.

In a Fortune report earlier, Apple executives indirectly assured us an Apple HDTV shouldn’t be expected soon. Apple’s VP of Internet Services Eddy Cue and CFO Peter Oppenheimer said such a TV is “extremely unlikely in the near-term.” 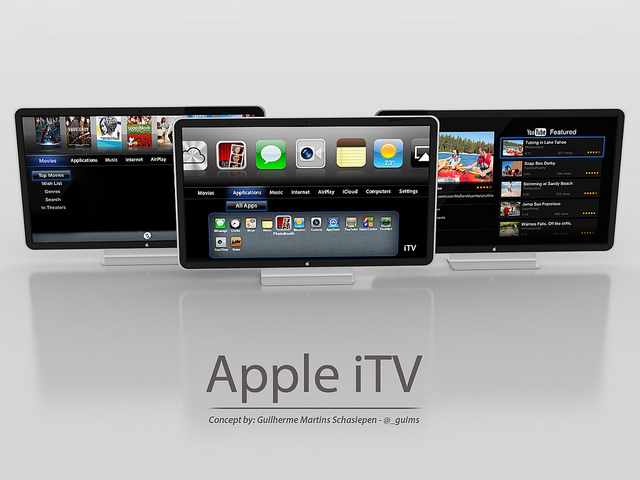 The key problems in the television market are the poor quality of the user interface and the forced bundling of pay TV content, in our view. While Apple could almost certainly create a better user interface, Mr. Cue’s commentary suggested that this would be an incomplete solution from Apple’s perspective unless it could deliver content in a way that is different from the current multichannel pay TV model.

Continuing on in the report, Apple executives stressed the hardship regarding acquiring rights to provide a ‘bundled’ TV package because the providers aren’t interested in gearing away from normal means of business.

Overall I think Apple executives have the right idea of what a full-fledged TV should contain. Apple needs to make it revolutionary, such as a unique interface with possibly a “build your own channel package” ability. This may be possible one day; Apple reportedly was in talks with cable providers over a week ago regarding a set-top box.

What would you want an Apple HDTV to include?