Apple has to face a class action lawsuit in Brazil over the launch of the fourth-generation iPad in the country, the Brazilian newspaper Jornal de Comércio reports (via Macrumors). The lawsuit — led by the Institute of Politics and Law Software (IBDI) — alleges that the early refresh of the iPad line amounts to “planned obsolescence”, harming customers who bought the third-generation iPad. 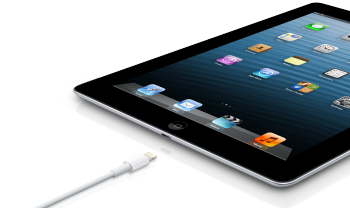 “The institute claims that the iPad 4 is not [an] effective technological evolution [compared to] the iPad 3 or ‘New iPad’, characterizing [a] sort of “planned obsolescence”. In practice, the accusation is that the Apple iPad 3 could have reached the shelves with the characteristics presented in the fourth generation – a processor, a connector and a camera a bit more advanced.”

In addition, the lawsuit claims the Cupertino company failed to adequately communicate the discontinuation of the “new iPad” in favor of the fourth-generation model in Brazil so consumers “unknowingly bought the obsolete” third-generation models.

The plaintiffs seek to get free replacement of the third-generation iPads consumers bought — without specifying the time frame — reimbursement of 50% of the purchase price, and a fine equal to 30% of each iPad 3 device Apple sold in the country, due to the aforementioned unfair commercial practices.

Turns out that after China, Brazil is the next frontier Apple needs to focus on: the class action lawsuit comes after the company lost a trademark dispute over the iPhone name.