Patently Apple has spotted a long list of iOS 7 icon trademark applications filed in both the U.S. and Canadian Intellectual Property Offices. Turns out Apple has wasted no time and started to update its trademark filings for the new flat icons that are part of the iOS 7 user interface redesign.

A previous filing for Apple’s new iOS 7 FaceTime icon trademark already pointed to an avalanche of trademark filings as it stated that “due to Apple’s redesigned iOS 7 UI going flat, many icons will have to be updated with the US Patent and Trademark Office in the coming months.” But the speed comes as a surprise.

Although the images are in black and white, you can clearly see for which icons they have filed applications in Canada: Control Center, Stocks, Videos, iBooks, Settings, Reminders, Notes, Music, Photos, Safari, Passbook, Phone, Weather, Messages, Maps and Compass. 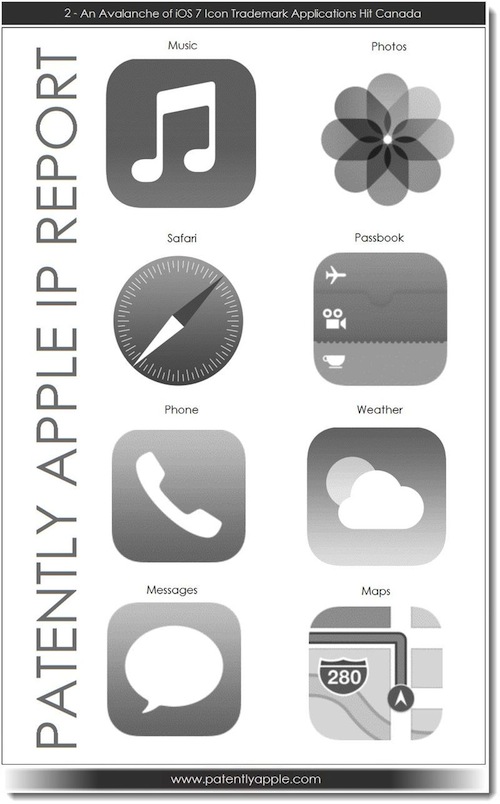