On October 3rd, Samsung filed a request with the court for a re-trial demanding that $1.05 billion verdict awarded in favor of Apple should be overturned because of jury foreman’s misconduct. Today, Apple has filed its response with the court saying that Samsung had its chance to investigate Velvin Hogan during jury selection but now, it’s too late for the Korean company to complain, reports The Verge. 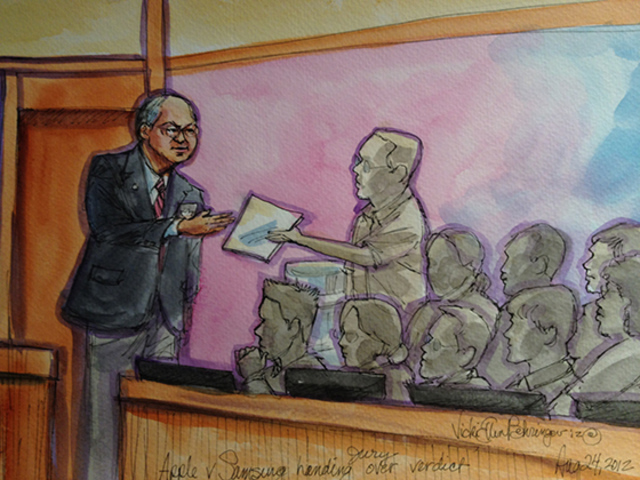 According to Samsung’s filing, Hogan failed to disclose that 20 years ago he was in litigation with Seagate, for whom Samsung is a major investor. The jury foreman’s failure to disclose the Seagate suit raised issues of bias that Samsung should have been allowed to explore in questioning. However, Apple points out that Hogan told the court that he’d been employed by Seagate during jury selection, but Samsung neglected to make further enquiries at that time.

Additionally, Samsung’s own legal team has admitted that it discovered Hogan had an unmentioned bankruptcy on his record the very same day the jury was selected. It turns out the bankruptcy was related to the Seagate suit, providing another way that Samsung could have discovered the Seagate lawsuit if it had followed the thread. However, Samsung only ordered the bankruptcy file on Hogan after it lost the case in August.

As a result, Apple says, Samsung waived its right to object to these issues because it either already knew about them and kept quiet, or could have known about them — but didn’t pursue them back before the trial began.

Apple and Samsung are now scheduled to meet once again in the U.S. court on December 6 for a hearing about any permanent injunctions against Samsung’s products that infringe on Apple’s design patents.