Patently Apple reports Apple has filed for the ‘iPod touch loop’ trademark with the Canadian Intellectual Property Office on December 10th, 2012. Apple’s original trademark filing for this term took place in Jamaica in September, when the new iPod touch was first launched. 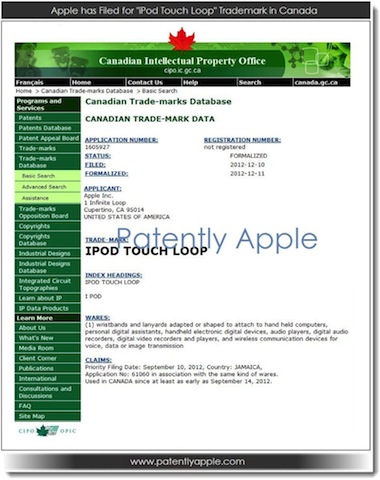 The iPod touch loop comes with every new iPod touch and acts as a wrist strap to keep the device secure when you’re holding it. Apple has previously filed trademarks for Passbook and Photo Stream in Canada.