The wife of Microsoft founder Bill Gates, Melinda Gates, says Apple gadgets are forbidden fruit for her children. During a radio show she guest-edited today, Mrs. Gates was asked whether their children had asked for an iPod or iPhone. The answer is pretty obvious: of course.


“But they get Windows technology,” she added.
“The wealth from our family came from Microsoft so why would we invest in a competitor?”

However, Microsoft has failed to compete with Apple in the mobile market — so far — as their alternative to the iPod, Zune, was a flop and was scrapped last year. The Windows Phone 8 was fairly well received, but none of the products — Windows Phone or Surface — had the expected success.

Interestingly, though, Melinda Gates admitted a couple years ago that she had been tempted to own an Apple product herself.

“Every now and then I look at my friends and say ‘Ooh, I wouldn’t mind having that iPhone’,” she told Vogue magazine. 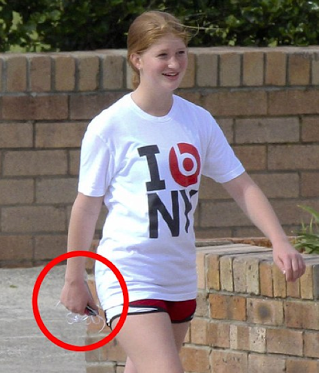 Maybe this caused the ban to be inefficient, as pictures hit the Web last year of the oldest Gates child Jennifer, 16, jogging in Sydney with an iPhone.

However, the rivalry between Apple and Microsoft didn’t stop Bill Gates and Steve Jobs making peace, and Gates even visited Steve Jobs during his illness.

“We spent literally hours reminiscing and talking about the future,” he said.
“I told Steve about how he should feel great about what he had done and the company he had built.
“There was no peace to make. We were not at war. We made great products, and competition was always a positive thing.”