Innovation Automation, a San Jose based company, claims that Apple’s iCloud product and service infringes on two of its patents. 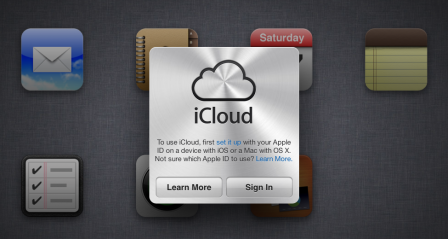 The plaintiff claims that Apple’s iCloud service — just like Amanzon’s Kindle and Spotify’s music streaming service — violate its US Patent No. 7,147,362 and 7,392,283, both titled “Method and system for supplying products from prestored digital data in response to demands transmitted via computer network”. The filing reveals that the ‘362 patent was registered in February 2007, and the second patent, ‘283, was registered in June 2008.

As Innovative Automation says, iCloud service violates both patents because its method for duplicating digital data uses the same method as described in the plaintiff’s aforementioned patents.

The plaintiff seeks unspecified damages in its lawsuit against Apple — and Amazon, Spotify as well — but says it is entitled to a reasonable royalty together with prejudgment and post-judgment interest and costs.