A new Apple patent filing published today by the U.S. Patent and Trademark Office suggests that the Cupertino company may be working on offering easy access to local emergency services to travellers with iPhone, through a location-based iOS app (via AppleInsider). 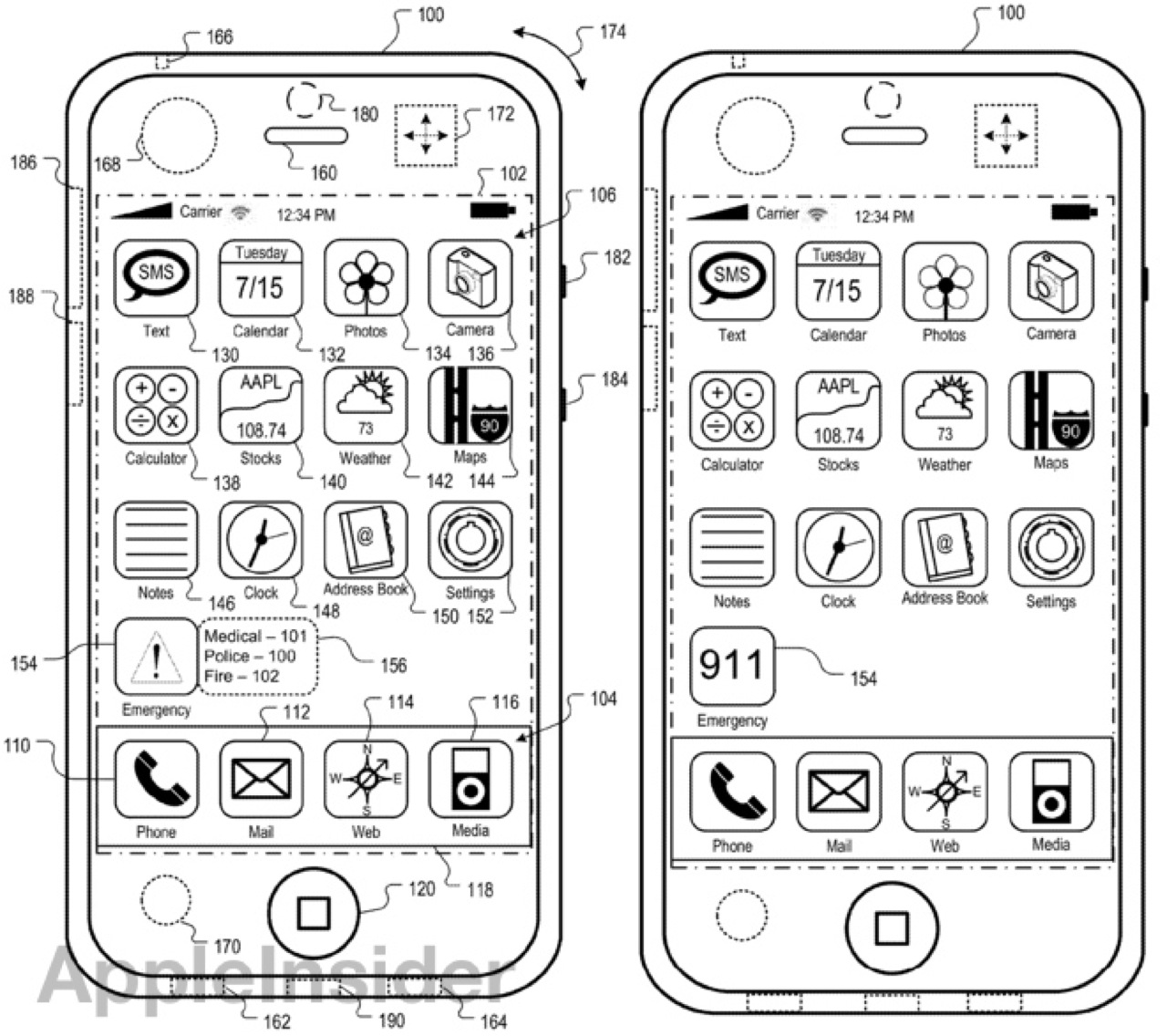 Titled “Location-Based Emergency Information“, the proposal has been credited to Scott Forstall, Apple’s former chief of iOS who left the company last year. The filing states that in a situation when a person travelling abroad faces an emergency, such as becoming injured in an accident or becoming a victim of a crime, having contact information for local emergency services can be very helpful. In an illustration, an iPhone app is shown with a unique application “drawer” that Apple said could slide out when selected, and allow users to then tap on which emergency response service they wish to contact.

Apple notes that the process of gathering local emergency service information before traveling can be time consuming, particularly if a person plans to stop in multiple cities or countries. It’s also likely that a traveler would neglect to gather this information entirely, potentially placing them in a bad situation.

To resolve this issue, Apple’s concept includes an “Emergency” Application for iOS that would give users quick access to local medical, police or fire assistance, based on the current location of their iPhone.

The information could allow users to quickly contact emergency authorities in foreign countries, where users may not know the proper emergency number. Or in the U.S., it might provide direct numbers for non-emergency calls to authorities, preventing unnecessary calls to 9-1-1.

The above filing, made in September of 2012, is a continuation of a patent originally filed in June 2007, around the time that the first iPhone was introduced.