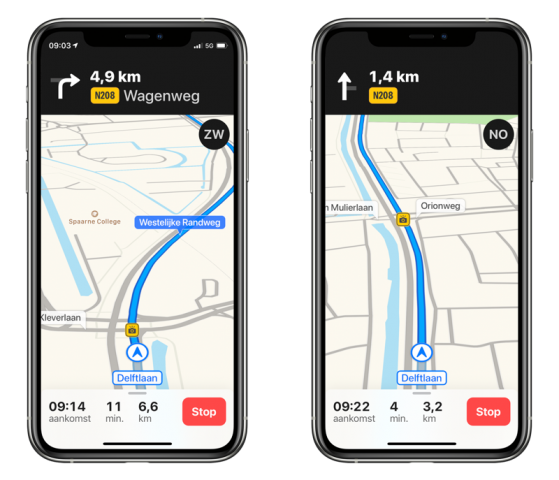 The Apple Maps feature of showing users the location of speed cameras appears to now be rolling out to additional countries. When implemented, Apple Maps displays yellow camera icons indicating the exact location of a static speed camera.

Currently, the feature is available in Canada, the US, the UK, and Ireland. However, as first reported by iCulture, Apple Maps users in the Netherlands began noticing that the app was displaying speed camera locations. Currently, it appears as though only the area of North Holland’s Haarlem has access to the feature, indicating that a country-wide rollout has yet to take effect.

Additionally, MacRumors claimed more countries have also begun to see the rollout take place. Readers of the outlet got in touch and stated that the speed camera feature has now been accessible in countries such as Australia, Austria, Belgium, Sweden, New Zealand, and Poland.

The Apple Maps feature indicated the location of a speed camera on both iPhone and CarPlay. Locations, where a camera will take note of a vehicle’s speed and readiness to stop for red lights, are clearly indicated on the app’s UI by a yellow icon.

Previously, it’s been reported that Apple is adopting many features seen on the Waze app in order to make Apple Maps compete with other popular navigation apps. According to the iOS 14.5 beta, Apple Maps may add crowdsourcing features such as allowing users to report speed traps and road hazards.

Apple has not publically commented on when other countries can expect a full rollout of the speed camera location feature through Apple Maps.