Apple May Be Sharp’s Only Means Of Staying Afloat 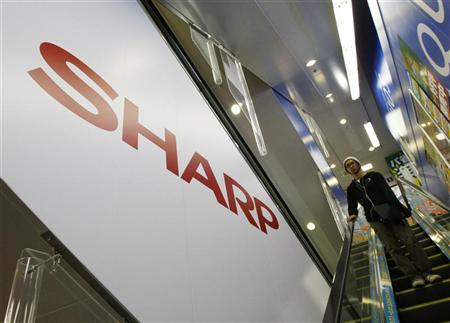 Sharp’s days appear to be numbered. They aren’t progressing too well as a company at this point, mainly due to their consumer business of selling televisions failing during current times. According to Reuters, Sharp is cash-strapped and may actually need to dump their television business to survive.

Rather then continuing on as a consumer business, Sharp should focus more on supplying parts for companies. As we all know, Sharp is one of Apple’s main suppliers for a variety of iPhone and iPad parts. Apple could be one of the main reasons Sharp doesn’t close-up or file for bankruptcy.

Bloomberg has the report:

Sharp’s shares collapsed to the lowest level in 37 years in Tokyo and its bonds fell after the maker of Aquos TVs forecast an annual loss of 250 billion yen ($3.2 billion), bigger than the company’s market valuation.

If you recall, Foxconn invested 133 billion-yen into Sharp Corp back in March, a deal that was re-negotiated last week after Sharp’s shares plummeted. At first, speculation was high that the deal was in-regards to an Apple Television set, however that now seems unlikely. With Sharp having such a huge presence in Apple’s supply chain, I’m sure they won’t be going anywhere. Without Sharp, Apple itself could be ‘part-strapped’ due to an absence of parts.

In other news, Sharp’s President Takashi Okuda disclosed during a press briefing late last week that ‘iPhone 5’ displays would soon begin shipping off to Apple.

Fresh off the heels of the launch of Apple's HomePod (2nd-Gen), TF International Securities' Apple analyst Ming-Chi Kuo believes a successor to the HomePod mini 2 could be on its way. In a tweet thread surrounding Apple supplier Goertek, Kuo discussed that the Weifang-based components company has "secured NPI and assembly orders" for the ‌HomePod mini‌...
Steve Vegvari
17 hours ago