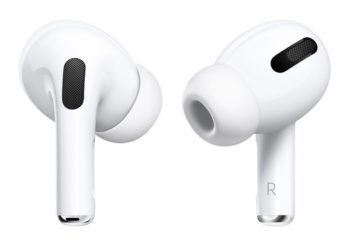 Apple will be making some adjustments to its suppliers this year, according to a new analyst report. In regards to the Airpods Pro, next-generation Apple Watch, and iPod Touch, Apple appears to be restructuring their operations in order to boost profits at the top of the new decade.

This report comes from the esteemed industry analyst, Ming-Chi Kuo, via MacRumours. Kuo’s report states that Apple is now working with Chinese company Goertek to assist in the assembly of the AirPod Pros in the first half of the new year. Alongside Luxshare Precision, Apple hopes to meet the high demand their wireless headphones have attracted.

Speaking of Luxshare Precision, Kuo has stated that the company will replace Quanta Computer as the exclusive manufacturer of the S-series chip for Apple Watch’s 2020 model. Whether or not it is called Series 6 is still up in the air.

Finally, Kuo’s report indicates that BYD Electronics, another Chinese manufacturer is replacing Quanta Computer as the sole assembler of iPod Touch in 2020. In addition, BYD Electronics will also oversee the assembly of at least 10-20 percent of non-cellular iPads. It seems this is being treated as a testing ground, wherein if Apple sees results from BYD Electronics’ efforts, they may be in charge of larger orders in the following years.

Apple has always had a knack for seeking out the most profitable supply chains. It’s become a large factor in the company’s success this past decade, and it appears as though Apple has no plans of slowing down in 2020.