Apple Said to Reduce Refund Times to Under a Week

Apple may boost traffic of its online store by shortening refund times by 50%, according to a report from Reuters. The international news service cites retail-intelligence firm StellaService, which noticed that customers who purchased a product from Apple’s online store were able to get a refund in less than a week. Refund times are 10 business days, according to Apple’s statement of sale and refund terms and conditions. 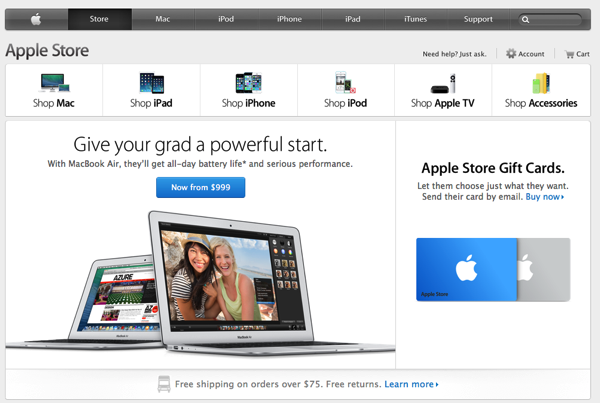 According to retail-intelligence firm StellaService, customers who buy a product from Apple’s online store can get a refund in under a week, versus 10 days previously.

StellaService researchers first noted the improvement in refund processing times in November, but chalked it up to a temporary measure for the busy holiday season. The company, which orders items from Apple’s website several times a day for research purposes, also discovered that packages were stamped with FedEx 2Day, rather than a Newgistics prepaid label.

By speeding up the return and refund process, Apple is using an efficient e-commerce weapon, which as a result increases consumer satisfaction. And, this is where Apple puts its money, as CEO Tim Cook has emphasized: the company is known for delivering quality services. In fact Apple has ranked high in customer satisfaction surveys — see J.D. Power’s studies — and this is a position it wants to maintain.