A US judge said he can no longer rely on what Apple says in privacy lawsuit, and urged the company to show evidence of how it is complying with court orders, Bloomberg reports. 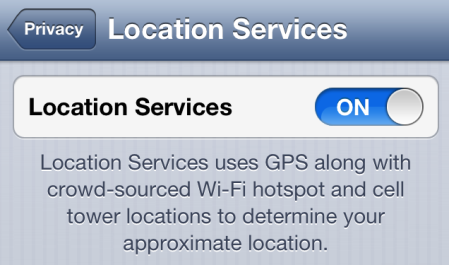 Paul S Grewal, a US Magistrate Judge, has issued the above order on the plaintiff’s pressure saying Apple withheld paperwork that they had been ordered to turn over.

The lawsuit claims Apple has collected data from millions of iOS users without user consent. More specifically, the claim is that iOS allows third parties to collect data based on where the users have been without the geo-localization function turned on.

“Grewal, saying he had already “refereed” the dispute, said it was “unacceptable” that Apple waited more than three months to verify whether it complied with his November order to turn over documents.”

“Luckily for the plaintiffs, Apple has provided more than enough evidence itself to suggest to the court that it has not fully complied with the court’s order,” Grewal wrote in the March 6 order. “In light of Apple’s performance in this case, the court cannot rely on its representations that this time it really has or will produce all responsive documents.”

Apple said in the filing it has closely guarded some documents, as these documents could harm its customers if they end up into wrong hands or are inadvertently released to the public.

The plaintiffs also seek to elevate the case into a class-action lawsuit, but Apple argues the plaintiffs can’t show they suffered any harm, so this should be denied.

The company has to submit a detailed documentation by March 8, demonstrating how it collects and evaluates the documents required by plaintiffs. It must identify search terms it used, the dates of searches, individuals subject to the searches, and how many documents it turns up, the judge said.

The court wants to know, though, how Apple “limited its production”. Grewal will review Apple’s explanation and determine whether “it has made a good faith and reasonable effort”.