Apple Patent Envisions Starting your Car with your iPhone 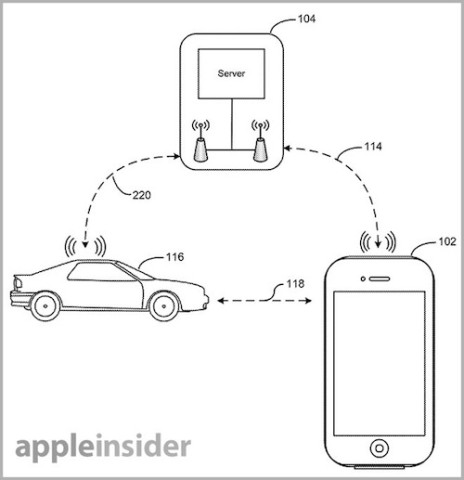 A couple of patent filings granted on Thursday, April 25, 2013, by the United States Patent and Trademark Office (USPTO) (via AppleInsider) show that Apple is looking to expand the iOS’ wireless connectivity options, as far as controlling a Bluetooth-enabled vehicle.

The first patent describes a method in which an iOS mobile device paired with a car through Bluetooth can determine if the vehicle is in a parked state, plus it determines the location of the car using a wireless system that connects to the car’s parking system.

In another scenario described in the patent, the vehicle, itself, can communicate with the parking structure’s location system. This will log the car’s position and will send guidance and routing directions to the mobile device, if requested by the user.

An interesting part of the patent is that the parking system will incorporate cameras, microphones and other sensors, with the aim of sending information about the car’s state, such as an opened door, engine noise or even active lights. 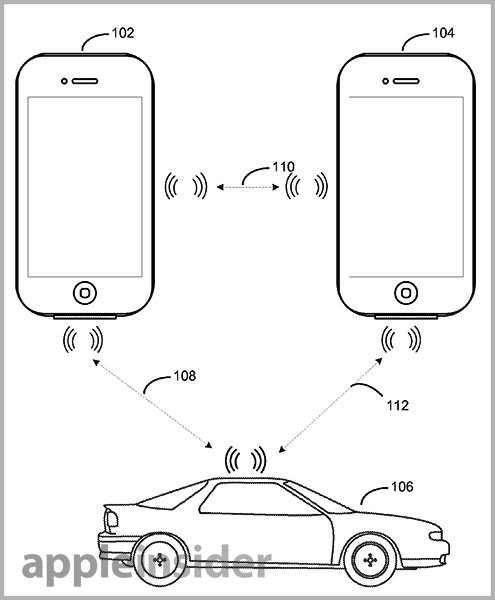 The second patent application, for “Accessing a vehicle using portable devices,” opens up the opportunities of the car’s active Bluetooth connection with a mobile device. This invention goes beyond the currently available automobile-personalization systems already on the market, as it enables the user to control various on-board functions, such as to open the door, roll down the windows, start the engine, etc.

It is worthwhile to note, at this point that the system described by the Apple patent can support a primary and a secondary mobile device. However, the system allows the primary user to apply restrictions on the second mobile device, such as authorization to start the engine only between a given time period, speed limitations and entertainment options, among others.

Wouldn’t you like to start your car’s engine with your iPhone?