Apple is continuously improving its presence sensing system. As we previously reported, the company is exploring the possibilities of Sonar technology, but their recently released work (USPTO published Apple’s patent on November 15, 2012) reveals that the company is planning to place a number of other sensors sensitive enough to detect a user’s heartbeat or breath in a room. 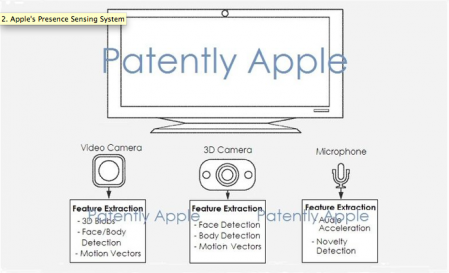 According to Apple’s recently awarded patent — noticed by Patently Apple — the company argues that these sensors could reduce a mobile device’s power consumption, providing an alternative solution to the already existing power-saving features and modes.

The patented technology provides some amazing solutions in terms of user devices and user interaction: with advanced sensors on board, the device may be used to determine physiological parameters when a user is close to the device.