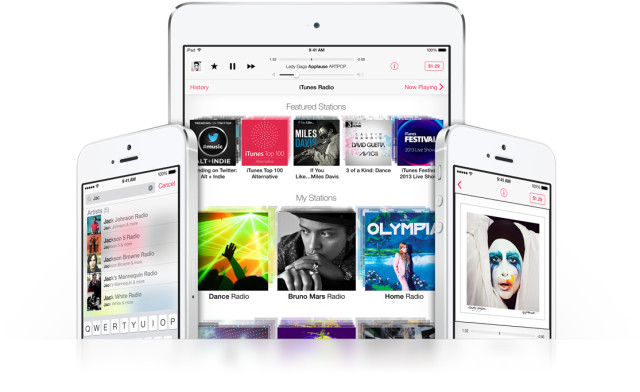 The recently released iTunes Radio could be the perfect place to premiere a song or an album and enhance music discoverability, says Eddie Cue. Eddie Cue, the “lord of everything iTunes”, has sat down with Entertainment Weekly (via AppleInsider) to talk about iTune Radio.

Apple has plans to utilize the recently launched iTunes Radio to make music discovery easier than ever for Apple customers. Eddie Cue mentioned the Justin Timberlake album launch as an example: for the first time since the launch of the music streaming service, they premiered an album through iTunes Radio.

We’re leveraging it. For example there’s a Justin Timberlake album that’s on iTunes Radio as of [last Thursday] for the first time, so the first time we ever premiered an album on there. We certainly knew we would leverage it for iTunes Radio but the primary key to iTunes Radio was to create it custom for you. When you’re talking premiering song, what we’re doing iTunes Festival-wise, we knew iTunes Radio was a perfect place for that so it’s perfect alignment.

However, the primary role remains to tailor radio to the customer’s need or mood. Although iTunes Radio is often mentioned as a “Pandora-killer”, Apple doesn’t have plans to kill Pandora. Cue believes competition is good, because it makes the players better and Apple is aiming high: to become the best music streaming service.

Apple Senior Vice President Eddie Cue also feels that iTunes Radio is a much more natural channel for debuts than the iTunes store.

“It’s a huge improvement to do it on iTunes Radio because you don’t go to a store a lot. Hopefully lots of people will be listening to iTunes Radio a lot; from a discovery perspective it’s significantly better” Cue said. “I think when you go to a store and you go to the Justin Timberlake page and stream it from there, that’s great but that means you went to the store. iTunes Radio lets you discover it without you having to think about it.”