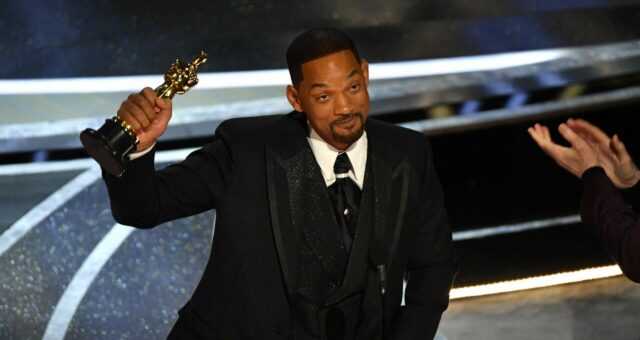 Apple has reportedly pulled its bid alongside Netflix to acquire the rights to Will Smith’s biopic following the most recent Oscars which saw the actor slap Chris Rock on stage.

According to The Sun, both Apple and Netflix, alongside other platforms, were in a bidding war to secure the streaming rights to a biopic revolving around Will Smith’s life. Following the controversial event during the Oscars, it appears as though both have “quietly removed” their bid.

But a source revealed yesterday: “Netflix and Apple+ have quietly removed their bids for a Will Smith biopic and will instead relocate the funds and develop original ideas from new black actors. Working with Will has become a risky business. They now plan on developing ideas with more family friendly stars like Mike Epps and Michael B. Jordan.”

It’s unclear how reliable the source is. Will Smith already has an established deal with Apple. Smith is starring in the new Apple TV+ film ‘Emancipation,’ which releases later this year. There’s still no word on what the status of that deal is so perhaps further repercussions will follow.

During the 2022 Oscars, Will Smith took to the stage and hit fellow actor Chris Rock following a joke made regarding Jada Pinkette Smith’s hair. Smith later won the Oscar for ‘Best Actor’ and apologized to Chris Rock for the altercation. However, the Academy stated that it would be looking into the event and determining whether Smith would be allowed to keep his award. Smith has since resigned from the Academy. A hearing will take place on April 18, which will determine whether further action is taken.

Although Smith’s altercation took the attention away from the awards for a moment, Apple TV+ film CODA won ‘Best Picture.’ The film also walked away with ‘Best Adapted Screenplay’ and ‘Best Supporting Actor’ awards.