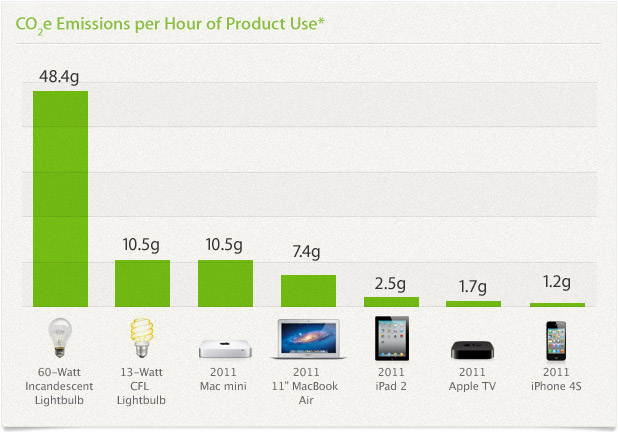 It’s not often that Apples goes back on a decision they have made, but today Apple’s Senior Vice President of Hardware Engineering, Bob Mansfield, issued a statement explaining that Apple has reversed it’s decision to remove it’s products from the EPEAT registry, and eligible products are now back on the registry.

Apple had removed all their products from EPEAT, but received quite a back lash from the decision. Some 39 of their products are eligible to be on the EPEAT registry, and the decision to pull them off was surprising. Now, in an equally surprising move they are back on.

Here is the letter that Mansfield wrote:

We’ve recently heard from many loyal [largest?] Apple customers who were disappointed to learn that we had removed our products from the EPEAT rating system. I recognize that this was a mistake. Starting today, all eligible Apple products are back on EPEAT.

It’s important to know that our commitment to protecting the environment has never changed, and today it is as strong as ever. Apple makes the most environmentally responsible products in our industry. In fact, our engineering teams have worked incredibly hard over the years to make our products even more environmentally friendly, and much of our progress has come in areas not yet measured by EPEAT.

For example, Apple led the industry in removing harmful toxins such as brominated flame retardants (BFRs) and polyvinyl chloride (PVC). We are the only company to comprehensively report greenhouse gas emissions for every product we make, taking into account the entire product lifecycle. And we’ve removed plastics wherever possible, in favor of materials that are more highly recyclable, more durable, more efficient and longer lasting.

Perhaps most importantly, we make the most energy-efficient computers in the world and our entire product line exceeds the stringent ENERGY STAR 5.2 government standard. No one else in our industry can make that claim.

We think the IEEE 1680.1 standard could be a much stronger force for protecting the environment if it were upgraded to include advancements like these. This standard, on which the EPEAT rating system is based, is an important measuring stick for our industry and its products.

Our relationship with EPEAT has become stronger as a result of this experience, and we look forward to working with EPEAT as their rating system and the underlying IEEE 1680.1 standard evolve. Our team at Apple is dedicated to designing products that everyone can be proud to own and use.

Even though Apple had removed their products from EPEAT, there was no change in production that could change their rating. Apple’s products are still just as “green” as they always were, and they have no plans to change that.